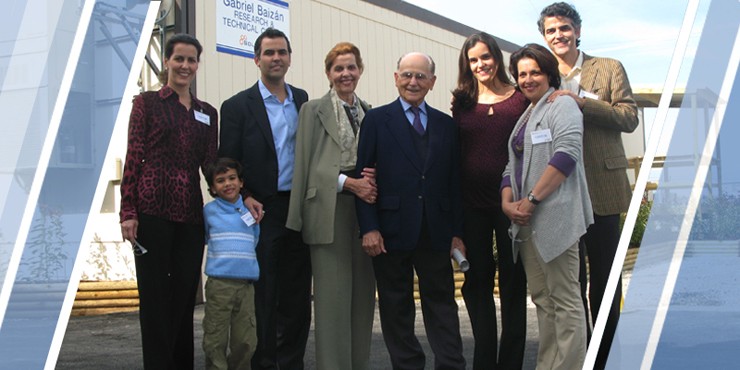 In 1981, Gabriel Baizan founded SolvChem, Inc. to provide outstanding personalized service as an independent distributor of solvents and organic chemicals. In 1982, the company became a member of the National Association of Chemical Distributors (NACD), affirming its commitment to responsible chemical distribution practices. Also in the 1980s, SolvChem became an authorized distributor for Shell Chemical. SolvChem has since grown in size and scope, based on its commitment to providing customers great value and service.

The company expanded from its original location in Houston, becoming a multi-branch company with the 1982 opening of its Dallas, TX facility. Then, in 1996 SolvChem opened its Shreveport, LA facility; it now operates from four locations. The business has grown to serve more than the Texas, Louisiana, Arkansas, Oklahoma, and Mississippi markets. It also serves an international network of customers, shipping products from the Port of Houston to Central and South America, Europe, Africa, the Middle East and Far East.

In the 1990s, SolvChem became an authorized distributor for Union Carbide, now Dow Chemical — a relationship that continues to this day. In 2001, the company joined Omni-Chem 136, the world’s largest network of independent chemical distributors.

Now in its second generation of management, SolvChem remains committed to its mission of exceeding the expectations of its customers through a customer-focused business model. In 2006, the company became a full-line distributor by adding inorganic chemicals to its product offerings.

SolvChem’s achievements have been recognized on a national level during the years since its founding. The company has been featured annually in the Independent Chemical Information Service (ICIS) Top 100 Chemical Distributors list, as well as the Hispanic Business 500®.

Today, SolvChem is the largest independent chemical distributor in the Texas/Louisiana region. Our vision for the future includes the continued expansion of our product line, and the enhancement of our current contract packaging, export and custom blending services.